The deployment of cellular private networks has picked up steam in recent years. These networks provide organizations with a way to deploy wireless services while guaranteeing coverage and maintain network control, principally for reasons of security. They are particularly appealing for smart factory, Industry 4.0, and industrial internet of things (IIoT) type deployment scenarios, where cellular connectivity provides advantages over more traditional networking technologies like fiber, ethernet, W-Fi, WiMAX and Bluetooth.

Today, most cellular private networks use Long Term Evolution (LTE). But the 5G era will usher in a new breed of private network, or non-public network as it is known in the lingo of the 3rd Generation Partnership Project (3GPP). That's because 5G offers orders of magnitude performance improvement over LTE in terms of speed, bandwidth, and security. 5G also includes three specific use cases defined by the International Mobile Telecommunications-2020 (IMT-2020) standard that will enhance private networks —  ultra-reliable low-latency communications (URLLC), massive machine-type communications (mMTC), and enhanced mobile broadband (eMBB).

3GPP's Release 16, finalized last month, brings additional support in the 5G architecture for private networks. Release 16 also added support for time-sensitive networking, a critical element for the coexistence of Ethernet and 5G networks in factories and other places where private networks are popular.

In addition, Release 16 also includes support for unlicensed spectrum, which many 5G networks will utilize. While some 5G private networks will utilize spectrum licensed to operators and allocated specifically for private networks, others will use spectrum allocated specifically for IoT usage. Still others will use unlicensed spectrum in one of two flavors asynchronous sharing for applications that do not require enhanced URLLC (eURLLC) and a new usage type: synchronous sharing for applications that utilize eURLLC.

There is little doubt that 5G private networks represent an enormous opportunity for the wireless communications segment. Late last year, in its Technology, Media, and Telecommunications Predications 2020 report, consulting company Deloitte predicted that more than 100 companies worldwide would have begun testing 5G private network deployments by the end of 2020. The report further predicted that the value of cellular mobile equipment and services for use in private networks would be worth tens of billions of dollars annually by 2024.

But the opportunity is likely even larger than that. That prediction was made before the COVID-19 pandemic swept across the world. A recent survey conducted by consulting firm TECHnalysis Research revealed a pent up demand for 5G private networks at medium and large enterprises in the U.S. that has been exacerbated by the global health crisis. That survey, which included more than 600 U.S.-based IT decision-makers at organizations with 100 or more employees, found that more than half of them plan to deploy 5G private networks at U.S.-based sites. The survey, however, did not provide a timeframe for when this may occur. 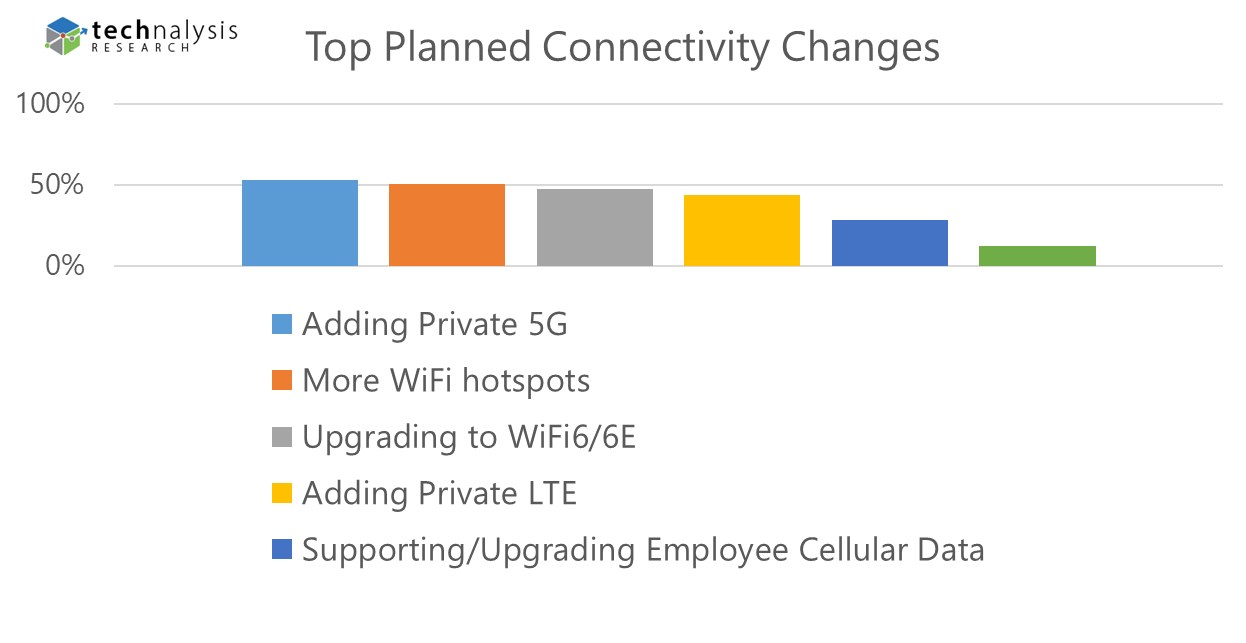 "People were interested in private networks before the pandemic," O'Donnell told me. "Now they are really interested. Companies are recognizing the importance of connectivity. Not that they didn't before, but this has made them realize that they want connectivity options."

Clearly, the appeal of private networks has been growing in recent years. 5G technology, with its promise of dramatic performance improvement, will only serve to broaden it.